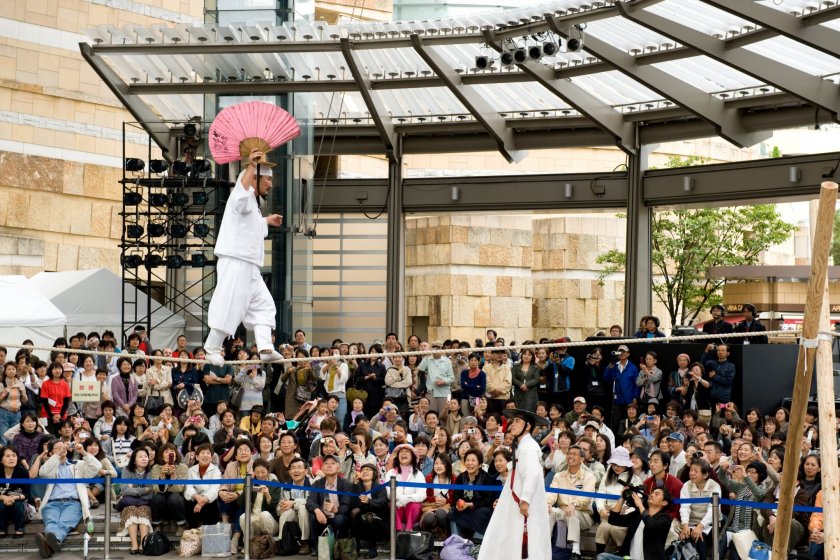 The Nikkan Festival will again be staged in central Tokyo's Hibiya Park in late September. An exchange of cultures between Japan and Korea, the festival represents a celebration and coming together of both nations.

First held in 2009, the festival is staged in both Tokyo and Seoul over two days. The festival features numerous stage acts including performances by popular K-pop artists. In previous years, visitors have witnessed taekwondo martial art displays, cultural dances and singing performances, Korean acrobats, Japanese traditional arts as well as foods from both countries.

The event is a free one and for those interested, volunteering opportunities are available. Please visit the official website for more information.

The festival is located right outside of Hibiya Station's Exit A14 on either the Hibiya or Chiyoda Subway Lines. Or, take the Marunouchi Subway Line to Kasumigaseki Station for a 5-minute walk from Exit B2. For JR Yamanote Line users, head to Yurakucho Station. The park is an 8-minute walk from the Central West Exit.

Find out more about Hibiya Park.

A Japanese Permanent Resident, I have over 300 published articles on Japan as well as 5 English language books written in a traditional Japanese style. I happen enjoy writing. Funny that...I'm also the Regional Partner for Tokyo, Japan's never ending capital, so if you've anything to say about Tokyo - or Japan in general - don't be shy and contact with me via sleiman.azizi@japantravel.com 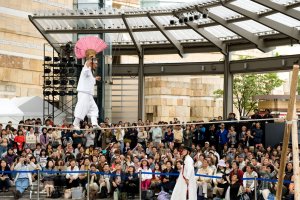 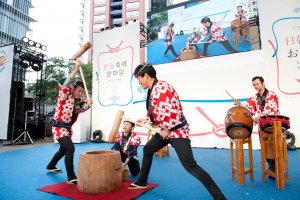 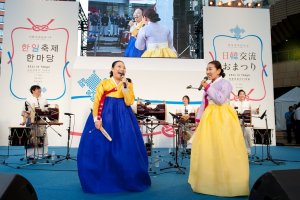 Elizabeth S 10 months ago
Korea is so close, yet so far away. What acolytes way to bring neighbors together. K-pop is cool, and traditional Korean entertainment is even cooler. I love the drum and zither. Magic!
Reply Show all 1 replies

Kim B 10 months ago
Always nice when the friendships and cultures of two countries can be celebrated!
Reply Show all 0 replies
3 comments in total