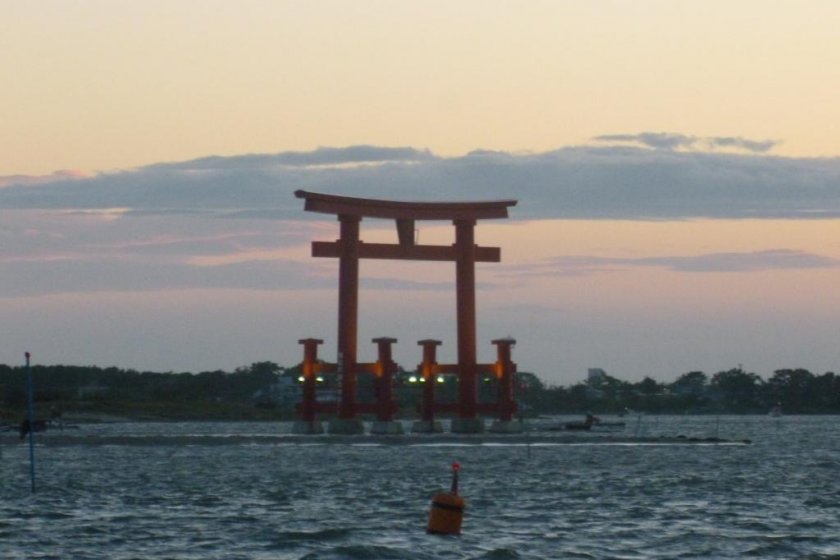 One of many spectacular displays in Japan

Mid Aug
Tori in the centre of the lake Hama
Venue: Bentenjima When: Mid Aug 2020

Bentenjima is a large island in Lake Hama, a few stops away from Hamamatsu. It holds one of the bigger, free, firework festivals in the area, usually on the first weekend of July (This one is heavily advertised so look out for it). If you arrive via Bentenjima station you will be directed where to go as the area is very small.

The area is known for its many onsen and is a beautiful area to visit any time of the year. Situated on lake Hamana, this area is famous for the torii in the centre of the lake which makes a focal point for the fireworks festival.

This festival gets very crowded so your best bet is to come early, and bring a blanket and cooler full of beer and food. Find a spot on the lakeside with a good view of the torii and get comfy (and perhaps tipsy). From mid-afternoon, stalls are set up where you can enjoy Japanese festival food which includes yakisoba, oknomiyaki, gyoza and various other treats. An interesting activity is to people-watch and see all the locals in their beautiful summer kimonos (which if you head to the yukata festival in Hamamatsu earlier in the day, you can pick one up for yourself!).

Alternatively you can book a room in one of the many lakeside hotels, or hire a boat and watch the fireworks on the lake itself, although you’ll need to reserve both far in advance and they aren’t cheap.

The fireworks are lit from the smaller islands in the lake and light up the torii with the display starting around 7.30pm (sunset) and lasts an hour and 15 mins (hence bring something to sit on). There are some short breaks in the performance where sponsors are announced (this event is free!). The fireworks used are nothing short of spectacular—Disneyland pales in comparison! The fireworks are of many colours and shapes including fish, eels and smiley faces! It’s quite spectacular and they're well worth seeing. 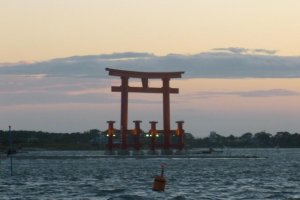 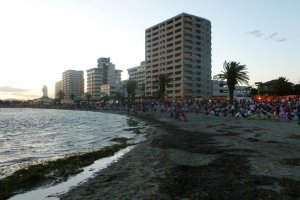 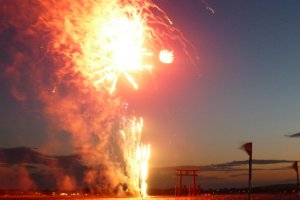 Elena Lisina 9 months ago
I loved that place! Nice lake and the ocean is very close.
Reply Show all 0 replies

Kim B 9 months ago
A beautiful setting for fireworks!
Reply Show all 0 replies
2 comments in total